Today was the big interview day! 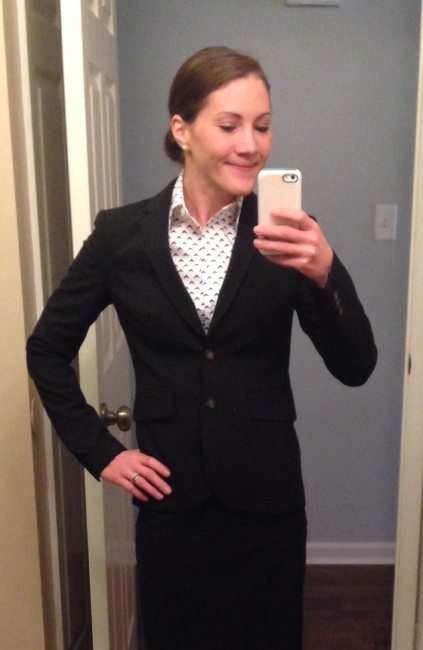 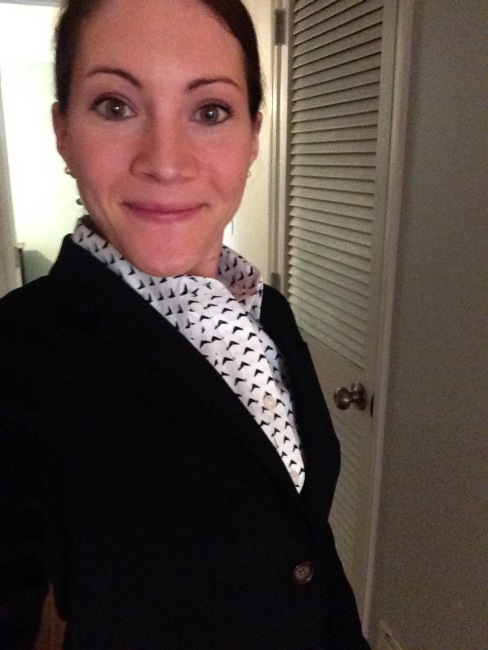 Thank god for that Banana Republic suit I bought in 2011! I tried on some of the dress pants I have in my closet and come to find out- only my more casual dress pants from Charlotte Russe fit me! I invested (it was definitely an investment at right at $300) in that suit for my interview as a nurse at the job I have now. Any petite ladies, Banana Republic is your friend. Although, their dress pants are still too big on me and I could probably take in the skirt slightly (it’s not enough to notice), this is the only place that has business clothes that even come close to fitting me. (I just bought the blouse the other night from there too.)

I was surprised to interview with only the manager of the floor since the interviews I did for my current job has a whole panel of people! It was much more casual and a much shorter interview, but she asked some really hard questions. They were behavioral type questions, but not any run of the mill ones that I had already prepared. And at the beginning, she said I didn’t have to pull answers from my nursing experience- it could be from anything, even something as simple as buying shoes. But I answered a question using an example from a school project and then after she said, “Well what about in your job?” I still feel like that part went fairly well though.

I changed into scrubs after to shadow on the unit. I was a bit disappointed because I was hoping this was the general med surg floor, but this is actually the neuro unit and hem/onc overflow, which was what I wasn’t as excited about. The girl I shadowed only had two patients so I didn’t see a ton, but it was definitely totally different from ER! I really liked my Portland travel assignment because it was slow paced- but it was still ER. I’m realizing that this “slow pace” is going to be completely different.

Whether or not I will be offered the job, I honestly don’t know. It will definitely be full time for a year or so until I could switch statuses and it’s really hard to wrap my head around working every third weekend and a set schedule again. One of the things I love the most about my job is my freedom with my schedule. In reality though, to get into a new field of nursing, I am probably going to have to go full time. If a day position is on the table, then I may need to jump on it. I’m just not really ready to drop down my hours so much at my current job because that’s my home and I love my coworkers and manager there, and good management is hard to come by! But in order to advance my career in the future, these are steps that I have to take.

I’m going to write up a thank you note tonight and wait and see what happens! I’ve heard rumors that the money is good, but it will have to be really good for me to go on full time and give up what I may now at my job.

Aside from that, I’ve been working a bunch and not working out as much as I’d like. I’ve been so exhausted lately and I’ve been getting headaches, so it’s not really appealing to go to the gym. I’ve only gone twice this week (although, I’m still usually going 3-5 times a week regularly) which really doesn’t seem bad, but I’ll have a 16 day vacation followed by 128 hours of work in 2 weeks, so I doubt I’ll be working out much then either. I also took Tom to the vet this week cause he woke me up when Jon was out of town last weekend with scratching his. I found out he has an ear infection (Tom didn’t enjoy his visit). He also weighed in at 17.8lbs- big fat cat.

So, that’s what I’ve been doing with my time. In just over a week, Jon and I will be in Europe, hopefully drinking some European coffee and doing lots of sightseeing. I’m super excited but also can’t believe that it’s SO CLOSE!