What a great weekend! I think I needed a nice relaxing weekend too, because this coming weekend will be my first weekend all alone with Jackson! I really looking forward to weekends these days since it means I finally get a bit of a break, so these next two weeks will be a little tough with no time to myself. (Actually, Jon just got home and said he’s thinking about taking Jackson with him so his family can see him and I can have a weekend alone! That’ll tempt me to go to Florida with them, but I really don’t want to do that again! It’d be a stressful trip! And it’d be nice to relax at home ALONE.)

Friday night Jon ended up getting home pretty late from work. I had taken Jackson to Mom and Dad’s house and wanted to get my nails done, but Jon hadn’t sent me an update and I thought he’d be home around 3:30. Nope. He got home around 6. We went and had Mexican food at Los Bravos, which was where we used to always go eat dinner but we hadn’t been in awhile. Definitely not a fancy place at all, but still fun! After that, he took me to the Westin, where we stayed for our wedding weekend. 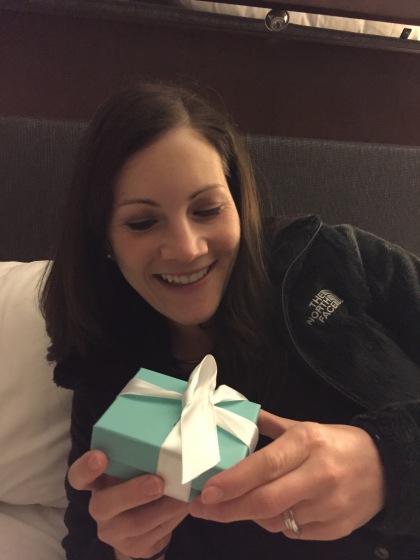 Jon gave me a gift for Mother’s Day! It was an infinity necklace from Tiffany’s because I’ll always be Jackson’s mom. It was super sweet and I really like the necklace too! (You can kind of see it in the picture below of Jon and me.)

We went up to the Sun Dial Lounge and had a drink before heading back to the room and falling asleep. I slept for 8 hours! I was certain that I would wake up needing to pump, but I slept like a rock! It was fantastic! Probably the best night of sleep I’ve had since before Jackson was born!

We went to have brunch at the Ellis hotel and then headed out to Callaway Gardens. Callaway Gardens is a lodge and spa but it’s on huge grounds with lots of water and flowers and it’s really pretty. We got there and changed in the room and headed out for lunch and exploring! It was such a nice day out on Saturday and barely even hot! It was so perfect to go walking around in nature! That night we ate at the grille at the hotel, which was really not great for how expensive it was and the service was terrible. As a matter of fact, the service there was really subpar all around. Nobody seemed happy to be working there. Nobody made us feel welcome. It was really pathetic, especially because the room there was not cheap, and the room was definitely not worth the price so the service should really make up for that! That night we ran into the little town nearby and it was such a podunk down! So we decided to head back to our room and relax. We planned on sitting outside but mosquitos there were awful! Jon gave me a massage (he gives the BEST massages ever!) and we went to sleep. 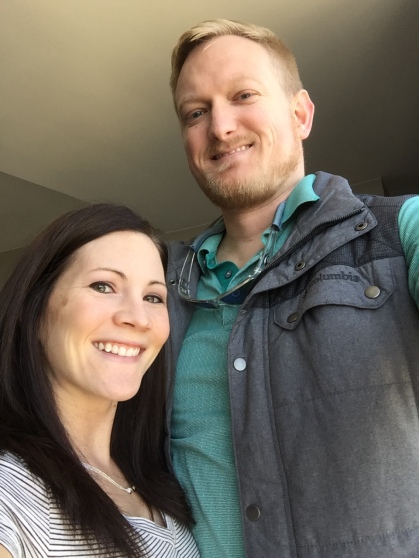 Unfortunately, I woke up at 4am and my right boob was in so much pain. I pumped and it was so painful. I ended up laying in bed with a painful boob, a horrible headache, and I was freezing. For three hours! In the morning I realized I had mastitis, although thankfully, it seems to be a pretty mild case of mastitis. Still, on Mother’s Day! And more important, on my first weekend away with Jon! Such a bummer! It’s times like that, that I really want to quit pumping! 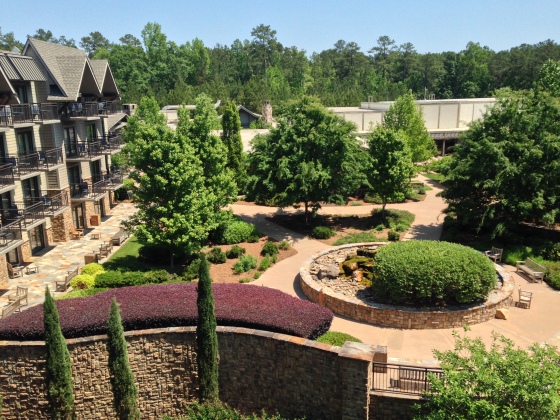 We ended up having brunch at the hotel. Some of the food wasn’t great, but they had a huge variety. Again, terrible service, but at least what I chose to eat was pretty good! We had massages at 11. I was so nervous about them because I had no idea if my boob was going to be a problem or not, but I just put a towel in a C shape around it to lift me up. The massage was really relaxing but I do like it when they dig into my knots, and I have a ton of huge knots in my back from how I sit when I pump and feed Jackson! So, I wish they had done that, but oh well! I just love massages. Also, this massage was $105 per person, which is the most expensive massage I’ve ever had. With every massage I’ve ever gotten, the massage therapist takes time to ask if there is an area I don’t want massages, areas I want them to focus on, how I like the pressure, etc. There was none of that. 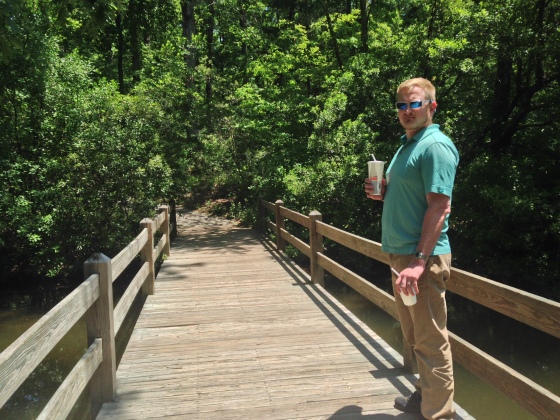 We ended up leaving after that since we had to pick up Jackson and relieve my parents of their babysitting duties! As soon as we got to my mom and dad’s house, Jackson flipped out! My mom said he was a perfect baby all weekend long (just like last time) and then he seriously started screaming as soon as I picked him up! I put him down for a nap right away. I love my parents and totally trust my mom 100% to watch Jackson, but we follow Babywise at home, so Jackson is only up for an hour at a time during the day before going down for a 2 hour nap. He is always so good and so easygoing and never cries. My mom doesn’t follow that and I can tell she thinks we’re a little crazy for how often we put him down for naps, but that was a perfect example of why we do it that way. Jackson ended up sleeping for almost 3 hours (he never does that!) before I got him up. But while he napped, Jon and I went upstairs and napped too! So nice!

We had dinner at their house and then came home. Jackson slept the whole way home and then was so fussy at home! I had to go run to get my prescription for my mastitis filled. Thinking I’d be gone for a few minutes since we live right by CVS, I didn’t take my glasses. Turns out, CVS has shut down most of the 24 hour pharmacies at night now. So that was closed, but Jon told me the CVS about 10 minutes away was 24 hours, so I headed over there. That wasn’t 24 hours either. It took forever to get ahold of Jon because their website was not mobile-user friendly and then come to find out, the nearest CVS with a 24 hour pharmacy was like, 20 minutes away in an area I’m not familiar with. They took 30 minutes to fill my prescription and I could not see while I was driving, haha. But I was pretty annoyed by the whole situation!

Really though, the weekend with Jon was fantastic. It was so sweet of him to plan that whole weekend as a surprise for me, and I loved spending time with him even more than I remembered, haha. After life revolving around Jackson, it was just so nice to have one on one time with him. And we have had time without Jackson, but our other overnight alone was for a wedding and usually if it’s just a date, it’s during the afternoon and it’s pretty quick. I’m glad we aren’t the type of parents that never want to leave our baby, because it really is important to just be a married couple sometimes! It seems like so long ago that it was just the two of us, but really, it was only 2 1/2 months ago. I loved the time to relax and not worry about cleaning up or washing bottles. I hope we’ll get a chance to do that again in the near future.

Anyway, I’m just hanging out at home now. I’ve been trying to get some things taken care of around the house this morning. I am seriously dying to clean our floors but it is so hard to find the time to start on a two hour long project. Or even a one hour long project! Between pumping (I pumped while typing this), washing bottles, doing laundry, feeding the baby, it just seems to take forever. Jon just got home, so I may head to the pool for a few this afternoon, go to CrossFit, and run to Costco. (Big plans.) Also, my LA Fitness refund went through so I have until the 27th at that gym! Then I may do MissFits (from ClassPass) because it’s $50 a month for MWF classes there, plus one CrossFit class per week. Just for another month. It’s not as hardcore as CrossFit so maybe it’d be good since my back pain is still so bad. This is getting long, so I’ll update on all the other things next time!