Hey everybody! I rarely have Monday and Tuesday off, so it’s been a nice change! I typically like to work Tuesday/Thursdays, so it’s rare that I have two days off during the week. I’m working tomorrow though and it’s at my PCU/tele job (I normally have to do tele on weekdays which honestly, I kind of despise). I’m definitely on the countdown for the number of days left at that job! In case you were wondering, I have 6 days left.

Yesterday morning I had picked up from 7-11 in the ER. Thankfully I did cause we were slammed over on the children’s side! I walked into kids in the waiting room and that almost never happens at 7am! I left around 11:30 and headed over to Andrew’s to let his dog out again.

I came home and took another really solid nap for about an hour. My energy levels are apparently remaining super low. Once I finally got up, I threw some clothes on and headed over to Gina’s for some baby shower crafts! 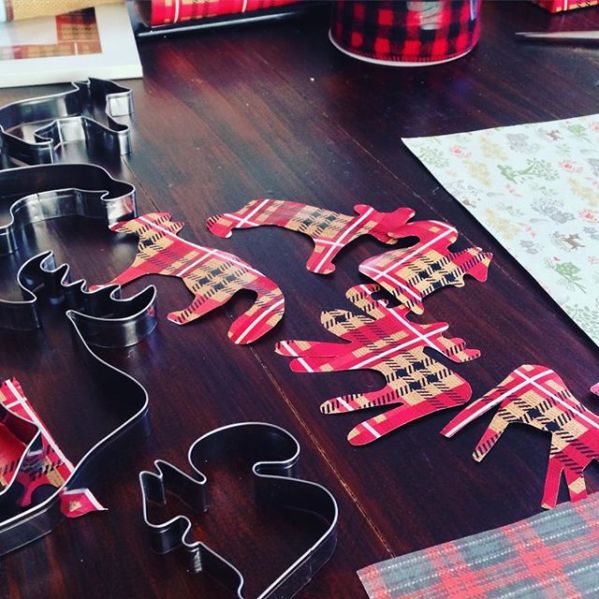 Gina and I crafted for a bit and then Kassie showed up a little later. We finished up quite a bit of stuff and I headed home to hang out with Jon for the evening. I was feeling pretty miserable with a headache, back pain, too many movements in my belly, and just feeling overall blah. I’m totally understanding now why people get tired of being pregnant. We did watch The Bachelor and talk about how dumb the girls on the show are… It amazes me that there are actually girls out there like that. I’m so glad none of my friends act like that.

This morning I got out of bed at 10am and that’s probably the earliest I’ve been up on my own in awhile. I could have kept on sleeping without a doubt, but knew I needed to get my day started.

I headed over to LA Fitness first thing where I started with no motivation. I was cold this morning and feeling frustrated with not being able to move around like a normal person (even wiping after I pee has become 10x more difficult) and not fitting into any clothes. But I figured I needed to get in some gym time, solely because I don’t want to get out of the habit of working out, even if my gym time is completely unproductive. After 7 minutes on the elliptical, four sets of back squats, and two sets of Russian deadlifts, my back was killing me. I had a little party with the foam roller on my lower back and called it a day. (Also, I read everywhere that you should never get massaged to the point of pain while pregnant, but I just have to ignore that. That foam roller hurts insanely bad on my lower back but I felt about 100x better after I stood up from rolling it out. It reminded me of when I used to get my braces tightened and I would literally chew on wooden clothespins because the pressure just hurt so good!) Also, two people told me I was pregnant today. One lady was like, “I had to look real close to be sure, but you’re pregnant!” and that was all she said about it. Yup. I don’t think this 33 week huge belly is confusing though.

I stopped by Whole Foods after where I felt completely turned off by every single food item I saw. If I could sum up my pregnancy right now, it would look like this:

Things I want to do: Sleep and get back massages.

So, tomorrow at work, I’m probably going to be really hungry. All I bought was four pizzas on sale for Jon, a few green beans from the hot bar, and a bean and cheese burrito in hopes of wanting to eat that tomorrow because I still don’t want anything to do with eating meat. I already have pineapple and oranges at home so I’m set with my fruit selection for tomorrow.

I came home, hopped in the shower, and then went to meet up with Crista. Unfortunately, she got some bad news about her grandpa just before we got there, so it wasn’t as upbeat of a day as I was hoping for, but I was totally fine with it. I’m more than happy to spend time with my friends in whatever way and am glad I could be there for her! We went to Dr. Bombay’s Underwater Tea Party, which was pretty good! Afterwards we went into a bridal store and looked at wedding dresses for Crista since she’s getting married this October! Definitely good to see her since I feel like we rarely get to hang out anymore and it always seems so rushed when we do! I miss the days of sleepovers and spending all weekend together! How cute is this tea set up? 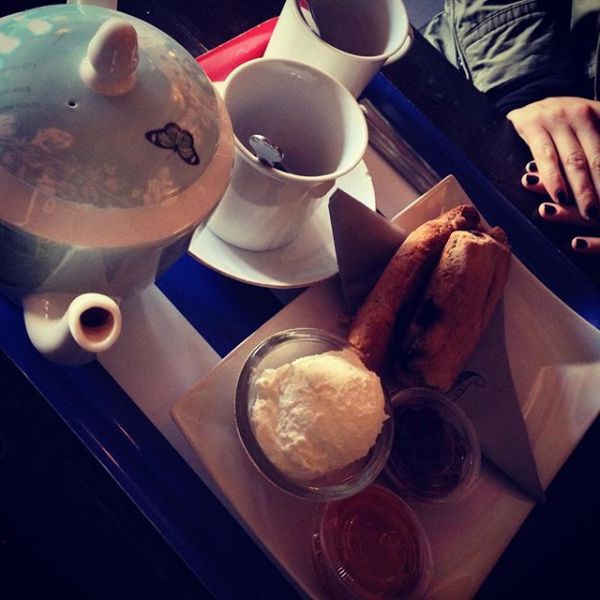 I just got home a few minutes ago and am about to start working on some grad school stuff. I think I’m in denial that I’m back in school cause I’ve barely spent any time at all on schoolwork. I just don’t want to! I want to do school stuff about as much as I want to clean my house, and if you all could see my house, you would see just how much I don’t want to do schoolwork, hah.

I need to hire a maid. And somebody to write papers for me.