Happy Friday! It’s not really feeling like Friday for me since I work all weekend, but I’m having a nice relaxing day off! I go into 16 hours of overtime this week, so I’ll just enjoy my lazy afternoon. I had planned on going to a CrossFit class this afternoon, but I’m not sure if I’m feeling the gym today. Undecided. I won’t be able to work out till Monday though because of work tomorrow and Sunday, so I’m thinking I should go, but then again, my PJs and couch time is feeling fantastic too!

I want to start with a quick dinner I made on Wednesday night! When Jon and I were in Florida, we stopped to get Publix subs and tried a sample of some salmon that was delicious! They were giving away cards with the recipe so I grabbed one. Jon and I finally made it when I got off work and I was extremely pleased with how it turned out! 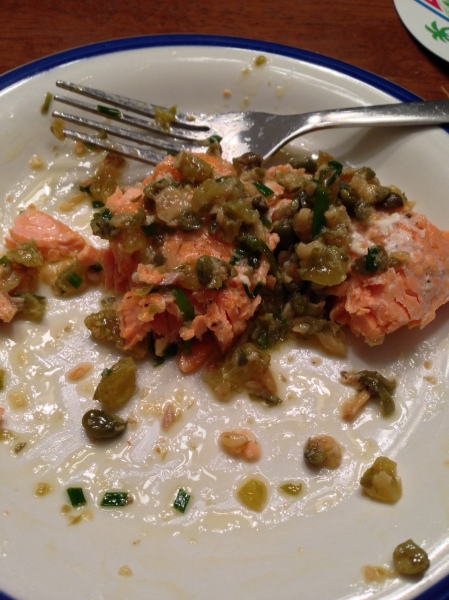 I already ate half of it before snapping a picture to show his sister, but if any of you out there like salmon, I recommend trying this! It was super easy to make. My tip: Buy golden raisins from Trader Joe’s. They have the best golden raisins out there by far. Also, we made about 1lb of salmon with the topping and that was good, so I’d make extra for more salmon. Oh, and I didn’t have herb garlic butter, so I added a heaping tablespoon of minced garlic (from the jars) to 4 tbspns of butter and heated it up on the stove and then just combined that with the rest of the topping. And I didn’t zest any lemons. Let’s be real. I’m too lazy for that.

I tried a new ClassPass class yesterday! I actually really had fun there and will definitely go there again! It was one of the Hard Exercise Works classes. The only really off-putting part of the class was that we started with clean and jerks and the coach didn’t even go over how to stand up out of a jerk! She demonstrated a split jerk, and then when she stood up, she brought her back leg forward, all the way even with her front leg. On a split jerk, the front leg comes back, then the back leg comes forward to meet it. I know it’s small, but if you want to teach olympic lifts, then know how to teach them properly. This was definitely a CrossFit-esque gym, but they said their difference is that they don’t go into heavy lifts as much (strange that I went on a day where we found a 1 rep max on C&J). It made me grateful for the good CrossFit coaches I’ve had that ingrained proper technique into me.

After my workout, I stopped home to shower and then met Laura out for sushi! I have really been craving sushi lately, so I was super excited to get some! Sadly, my shrimp tempura roll tasted a little strange. I’ve had the same thing from there many times so I know it’s not the norm, but it was a little disappointing. I also stopped by Costco after since sushi is right next door and was super excited to find that they have organic strawberries out now! 2 pints for $7.99!

Jon and I watched two episodes of House of Cards last night. I’ve heard really good things about it, but I’m just now getting into it after 3 episodes. I’m not really into politics so it can be kind of hard for me to follow at times. I think it’ll be easier to follow once the full storyline develops, but we had to pause it a few times for Jon to explain the first few episodes to me. And the way Kevin Spacey speaks in the show drives me insane. (Fun fact: I apparently had no idea who Kevin Spacey was. I’m not a movie watcher nor do I care about famous people, but that is totally not who I imagined as being Kevin Spacey. He kind of reminds me of my dad too, even though I assure you that nobody has ever looked at my dad and thought “woah, you really look like Kevin Spacey.”) 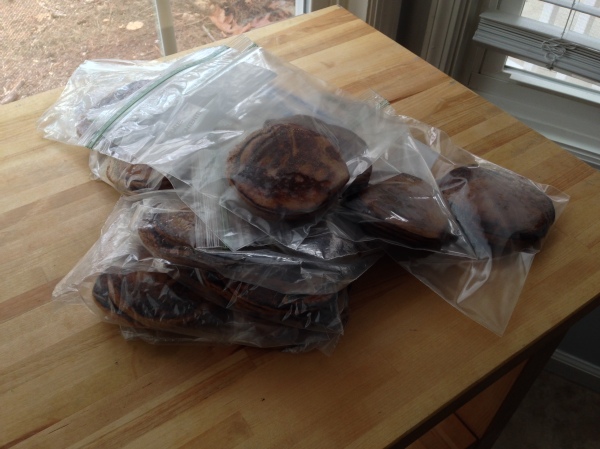 Then I made myself some brekkie of hash browns, chives, cheese, and sour cream (baked potato style) and it was so dang good. I don’t know why I’ve never thought of this before! I was inspired apparently since Jon and I made potato pancakes to eat with out salmon the other night so I had everything available. Pretty sure I’ll be making this regularly. 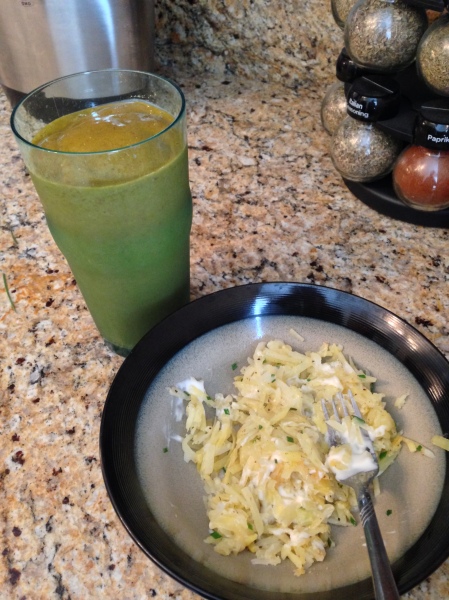 I had planned on cleaning the floors this afternoon but totally sat down on the couch to eat breakfast and file my nails and then got started on the new Real Housewives of Melbourne and my productivity has gone down the drain. I think soon I’ll have motivation to either clean the floors or go to the gym. Not both. But definitely one or the other. 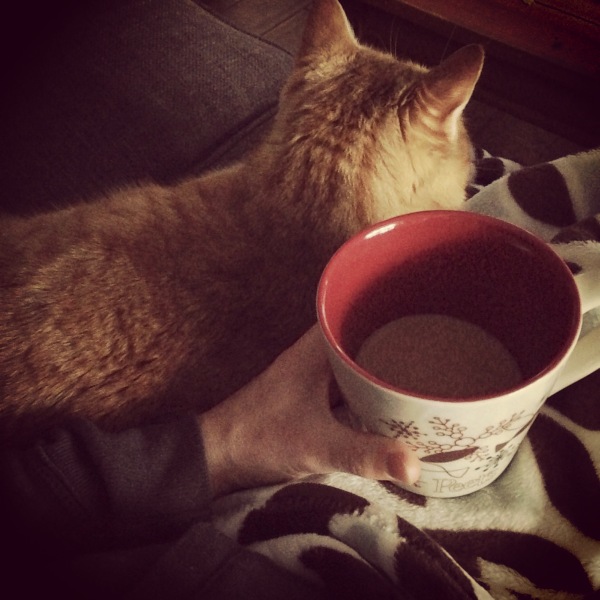 Off to enjoy some more company with this guy before Jon gets home from work. Have a great weekend, everybody!