I was so excited on Thursday night because I managed to get Jon to run with me at night! He really doesn’t ever run anymore but I was dying to take a nap before class, so I had asked him if he’d run with me after since it would be too dark for me to go alone. I ran down the road I’ve been going down lately and he wanted to run back which was really not okay with me since it’s all an incline, but I did fine. Even though I’m not a fast runner at all, I feel fast when I run with other people because I slowed myself way down going up the hill so I didn’t leave Jon behind. And at the end of 3.1 miles (30:39) I really wanted to keep going! I may try to run for a little bit today, but I work 3p-3a tonight and have to study this morning, so it may not happen. I haven’t worked a 12 hour shift until 3am in close to a year and I struggle working 7p-3a (and taking a nap until 5pm!), so I feel like I may need to be as lazy as possible until I go to work this afternoon. Conserve all energy.

Last night, I worked till 7p and then Jon and I went to The Iberian Pig. It was in Decatur and I haven’t gone to downtown Decatur in a long time, and when Jon and I went before, we got lost so we never even made it to walk around. It was so cute out there! I loved it! A lot of places had lights out! I wish I had taken a picture but I didn’t. Anyway, The Iberian Pig was awesome! However, my plan was to get 5 plates of tapas to share, but the server told us each plate was 3-5 bites. I still wanted to stick with 5 plates because I had seen pictures of the food, but then Jon wanted to increase it. So I decided to get a plate of food and only try each tapas so that Jon could eat all of them. After getting our food, we realized that 3-5 bites per plate thing is a total gimmick to make more money on new people. The tapas were actually really good portions and Jon didn’t even finish his last one (and he’s a big boy!) because he was so full! And I was miserably full after trying small bites of the tapas and eating my meal! The bacon wrapped dates and pork cheek tacos were amazing! Holy moly. Amazing. The rest were decent. I definitely would recommend going there, but our bill was $82, including 2 glasses of wine. So definitely not a cheap date night. But I really wanted to do something different than we usually do (how many times can we eat Mexican and sushi?) and I had heard good things about The Iberian Pig. I am really glad we went! We had a table by the window and overlooked the downtown area and it was a really nice environment. 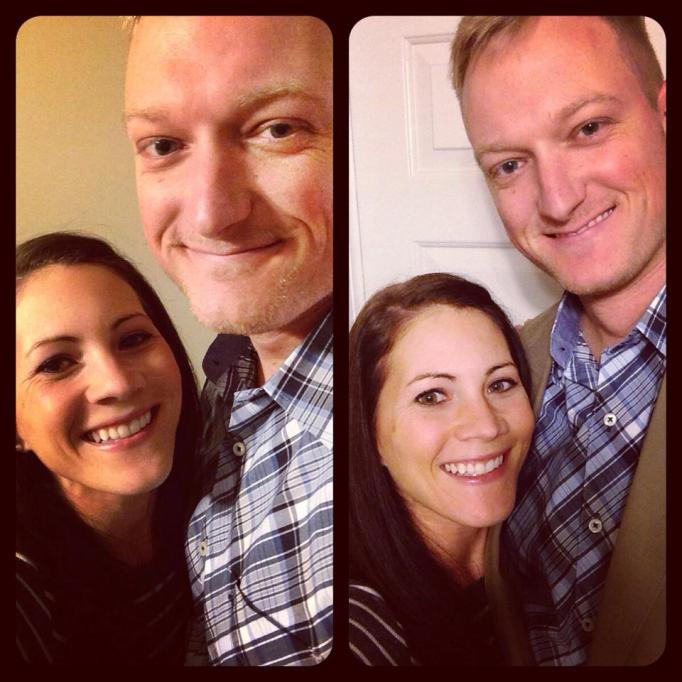 I miss the days when our date nights could cost us $70 on a weekly basis and we never even though about it. I definitely didn’t mind spending over $100 for our date night last night (especially because I didn’t do anything for Jon’s birthday last month because I’m a horrible girlfriend), but it’s definitely not the norm now that we’re both in school.

We fell asleep as soon as we got home (old people) and now I’m working on biology before I go to work! My sister and nephew get in town today but I won’t see them until dinner tomorrow! Jon and I are heading up to have dinner with the family since we have to pick out our floors in the morning! My other sister and her fiance come in town on Monday night! I don’t think I’ve been this excited for Thanksgiving in a long time! In the holiday spirit, I’ve been eating this as a snack lately:

Turkey with cranberry sauce, cut up apples, and brie- baked in my toaster oven to heat it all up! So good! Picture skills not so good.

I’m off to try and be productive! Jon is about to get home from a doctor’s appoinment and he said he’d make us breakfast! Looking forward to it cause I’m starving!

2 thoughts on “Running and The Iberian Pig date night”