I’ve had a pretty awesome weekend! Jon was out of town for drill, so I decided it would be a perfect time to finally see all of my friends! Friday night I ended up going downtown to hang out with Kassie and Gina. We went to eat Mexican food and then hung out at Kassie’s house till 11:30ish. I haven’t really spent a ton of time with them since Gina moved about 45 minutes away but it’s entirely ton the eat side of the city, which means a ton of traffic most of the time. I have seen Kassie a few times for lunch or at the gym, but it was still good just to have a relaxing night with them.

Saturday morning I ended up sleeping in a little bit. I woke up and it was still really cool outside, so I went for a 3 mile run before getting ready. Crista came over for our winery/cabin weekend. We didn’t even head out of town until noon, so it was way later than we had planned, but not a big deal.

We went to Montaluce first, where we found out there was the Dahlonega Wine Trail this weekend! It was $25 for a free wine glass, wine samples at five wineries, and a free glass of wine at each place. Montaluce was really pretty and we ended up spending awhile there before heading over to Wolf Mountain. The set up was competely different there and you couldn’t really sit and enjoy the wine. It was more like a herd of sheep moving from station to station. We hung out on the patio for awhile just talking and then we both decided we weren’t really in any condition to be going to a third winery.

A few photos from yesterday: 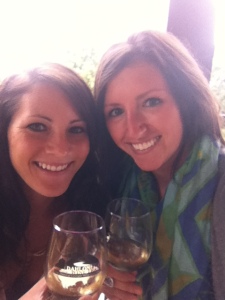 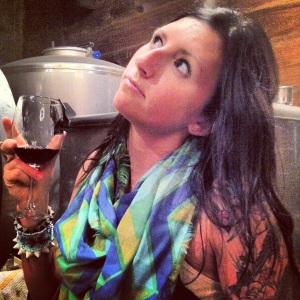 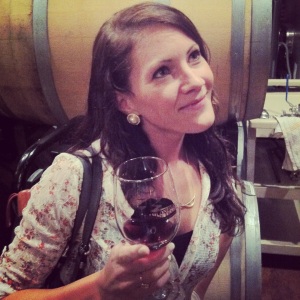 We ended up stopping to have pizza for dinner in Blairsville (I think the wine influenced that decision). We ate entirely too much and we were both miserable all night and most of today because of it. Neither of us eat much bread and I don’t think either one of us can handle it in those extreme amounts.

We relaxed the rest of the night at my parent’s cabin and I slept in till 10 today and we laid around this morning. We tried to get coffee at a cute coffee shop this morning but it was closed, so onto Three Sister’s Winery we went! It wasn’t easy to find using our fancy iPhone navigation, so it took awhile. It was a much smaller winery and honestly, after all the wine and pizza yesterday, neither of us really even wanted anything else to drink. We headed to Frogtown after having a few samples at Three Sister’s, and ended up having one sample at Frogtown.

We got a little lost again heading back to Dahlonega thanks to the iPhone, but ended up making it the outlets so I could wedding dress shop for a friend’s wedding. No luck, but I did get some new things that I really didn’t need.

Now I’m home doing some house stuff, awaiting Jon’s arrival from drill! Still have a few hours to go, so I’ll probably enjoy my trashy TV shows before his Braves watching takes back over my TV all week.